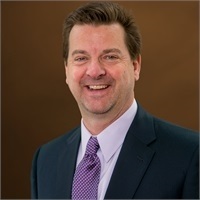 Todd began his financial career in 1984 working in his Father's investment firm.  He spent summer months and holidays working with his Father developing investment plans and assisting clients with financial planning.  Todd earned his Bachelor of Arts degree in Communication and Public Relations from Mercer University in Macon, Georgia.

Todd served as an Officer and Ch-47(D) Chinook Helicopter Pilot in the United States Army where he served for 17 years.  Additionally, Todd also served as the Tax Officer for the 101st Airborne while stationed at Fort Campbell, Kentucky.  During this time he earned his Associate of Science degree from the Community College of the Air Force.  After retiring from the Army, Todd was hired by Merrill Lynch where he spent the next 10 years building client relationships and earning a Master's of Business Administration (MBA) degree.

Todd joined Cetera in 2009 and has built a successful career as an Independent Advisor.  He is currently pursuing his DBA (Doctorate of Business) in Nonprofit Leadership and Financial Management from Liberty University.  He divides his time between Liberty University in Lynchburg, VA and his homes in Atlanta, Georgia and Goiania, Brazil where he lives with his wife, Kelly.